7 Reasons Why I Haven’t Gotten the Vaccine — Mickey Z. 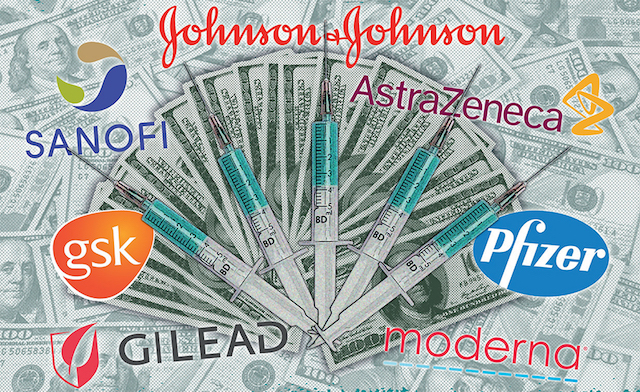 Take a look at the screenshot above. It is Facebook’s manipulative method of shutting down dissent on Covid-19 vaccines. But re-read it carefully. We’re being told about the “many tests” vaccines undergo “before they’re approved.” Plot twist: Covid-19 vaccines are not approved and won’t be until 2023 at the earliest — if they are found to be safe and effective. This is one of several reasons why I haven’t gotten the vaccine.

7 Reasons Why I Haven’t Gotten the Covid-19 “Vaccine”

Here in the U.S., no Covid-19 vaccine has been approved by the Food and Drug Administration (FDA). Clinical trials don’t end until early 2023. Only then can the vaccines be evaluated for approval and licensing. In the meantime, they’ve been granted “emergency use authorization” (EUA). Translation: The vaccines are relatively untested experimental medications/gene therapies. Anyone jabbed with the EUA vaccine is (knowingly or unknowingly) part of a massive long-term study for a novel medical treatment. You can't tell me you've "done your research" about the vaccines because that research doesn't yet exist.

In its literature, the FDA is explicit in clarifying that each shot is “an investigational vaccine not licensed for any indication” and requiring that all “promotional material relating to the Covid-19 Vaccine clearly and conspicuously … state that this product has not been approved or licensed by the FDA, but has been authorized for emergency use by FDA.” (This might explain why some fully vaccinated people are still getting sick and getting hospitalized.)

Context: The new vaccines were created at “warp speed.” Meanwhile, the average vaccine has previously taken about 7 to 10 years to go from collecting viral samples to licensing a drug. Until now, the fastest vaccine ever approved (and considered successful) was for the mumps. That took four years (1963 to 1967).

Oh, by the way, one of the companies making billions from the jab is Moderna. Prior to their mRNA Covid-19 vaccine, that company had never brought a single product to the market in its existence. So yeah, I will not willingly participate in this global medical experiment.

2. We Won't Ever Really Know If and How the Vaccines Will Work

You can't have long-term results until "long-term" has happened. Therefore, no one can say whether or not the vaccines will do what they are intended to do (or for how long). Anyone declaring that vaccinated people are "safe" to do this or that is guessing. In addition, the people who got a placebo shot during the short-term trials have since been vaccinated. There is no control group. Why would something like this be done during a global pandemic? "Because science," I guess.

3. Some of the Vaccines Use Brand New Nanotechnology

So far, two vaccines (Pfizer and Moderna) utilize mRNA technology. Never before has this approach been used on humans. Again, this is the very definition of an experimental medication: under-tested, not yet approved, using novel nanotechnology. In fact, the concept is so novel that it’s inaccurate to even call it a “vaccine.” It’s really a form of unproven gene therapy. Moderna, for example, sees their “vaccine” as an “operating system,” a.k.a. the “software of life.”

Moderna openly explains: “Recognizing the broad potential of mRNA science, we set out to create an mRNA technology platform that functions very much like an operating system on a computer. It is designed so that it can plug and play interchangeably with different programs. In our case, the ‘program’ or ‘app’ is our mRNA drug — the unique mRNA sequence that codes for a protein.”

Unlike standard vaccines, these “apps” do not offer immunity from Covid-19 (or from anything, for that matter). They have not been shown to prevent you from catching and/or spreading the virus. If they work, they might reduce your odds of getting a severe case. That makes them far more like a treatment than an inoculation. So, if you haven’t tested positive for Covid-19, why would you submit to an untested, “plug and play” treatment for a disease you don’t have?

4. Side Effects and Adverse Events Exist But Are Being Downplayed or Denied

Since the vaccines began being distributed, there have been thousands of reports of adverse events (click here for details) — including deaths. For example, a group of nursing home patients in Norway died shortly after the jab. In that case, however, we were told to not jump to any conclusions because some old and sick people were going to die soon anyway. So, "we’re all in this together"… except for those who might have died from accepting the “software of life.”

Let’s recap what we have so far: The vaccines are not approved. We don't even know if they work (and if so, for how long). They’re not even technically vaccines; they are novel gene therapies. Tens of thousands of adverse effects (including deaths) have already been reported. But hey, if something bad happens, you can always sue… right? Wrong.

The pharmaceutical companies who made the experimental shots have been granted full immunity from liability. You can’t sue them. You can’t sue the politicians coercing you into the shots. And you certainly can’t sue all those compliant celebrities posting selfies to persuade you to join the experiment. If no one in charge will take responsibility for these products, why should we trust them? Fact: The only guaranteed immunity related to the “vaccines” is corporate immunity from lawsuits. 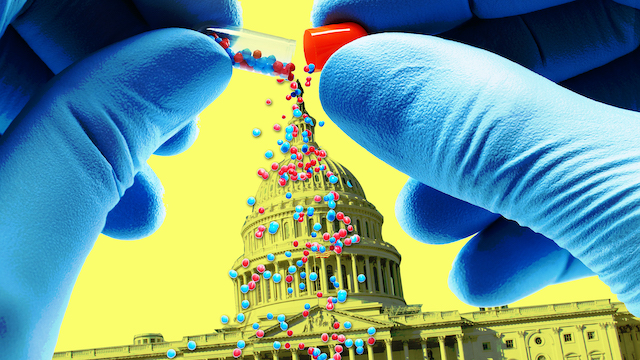 Photo Illustration by The Daily Beast

6. The Criminal History of Pharmaceutical Companies and the U.S. Government

I’ve written plenty on the sordid history of corporate science. It would take volumes more to do the topic justice. For starters, you could read my recent article here. You could also inform your own decisions by typing something like “Pfizer scandal” or “Pfizer bribery” into your nearest search engine. Do that for any pharmaceutical company (or any company, for that matter). It will take you down a bottomless rabbit hole of malpractice and mendacity.

There is no rational reason to trust your health to a pharmaceutical company when the FDA pulls about 4,500 of their once-approved medicines and devices from the shelves every single year. Like all corporations, Big Pharma exists solely to maximize profits for their shareholders.

There is also no rational reason to trust your health to the government. Their catalog of crime is far longer than that of Big Pharma. I truly hope I don’t need to elaborate on that.

7. I’m Being Consistent With What’s Worked For Me So Far

FYI: I have not taken any vaccine since I graduated from high school — not even a flu shot. This doesn’t make me an “anti-vaxxer” (an intellectually useless term unless you’re just trying to shut down debate). Once I became an adult, I didn’t feel comfortable with the concept so I just said “no.” In fact, I can count on my fingers (with a couple to spare) how many prescription drugs I’ve ingested in that same time period.

I’m not offering a blanket condemnation of these approaches. I’m not judging anyone for taking prescription drugs. I’m definitely not denying the life-saving nature of some pharmaceuticals. What I am doing is pointing out that my personal Covid-19 vaccine decision is consistent with what has worked for me over several decades. This isn’t a flippant or casual decision. I remain open to discovering any new information and re-evaluating my position after the clinical trials are completed in 2023.

I have done my homework for my entire adult life and actively taken responsibility for my own well-being. I feel confident in assuming that I practice more daily self-care than most of the people reading these words right now. I’m not bragging. I’m not saying I will never get sick or injured. I’m not suggesting that I’ve found some kind of “magic formula.” Once again, I’m merely reporting that I take my health very seriously and put a lot of thought into my decisions. I also feel confident in assuming I’ve put far more thought and research into rejecting the vaccines than the vast majority of people I see posting happy selfies with a band-aid on their upper arm after being injected with an experimental “operating system.”

I do what works for me — based on diligent, open-minded research and ever-evolving empirical evidence. I strongly suggest you put in a similar effort to find out what works for you. Spoiler alert: Corporations, politicians, and celebrities have no idea what works for you and they do not care to find out. Please don’t delegate your wellness-related decisions to any of them.

Mickey Z. can be found here. He is also the founder of Helping Homeless Women - NYC, offering direct relief to women on New York City streets. To help him grow this project, CLICK HERE and donate right now. And please spread the word!