At the Recycling Machine in the Age of COVID — Mickey Z 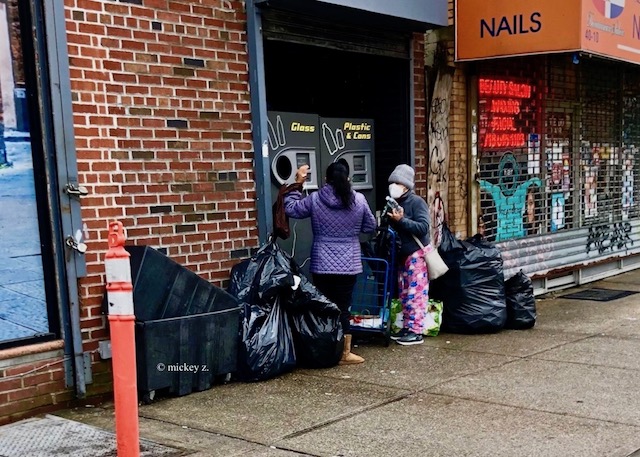 Recently, as I neared my local C-Town supermarket, I passed its recycling station. Just outside the entrance are a couple of machines at which locals can load the bottles and cans they’ve collected.Once the metal and plastic are in the machine, the loader gets a receipt to bring to a cashier in exchange for “deposit” money. This particular morning, I saw a middle-aged man standing near a recycling redemption machine. In front of him were several massive clear garbage bags teeming full of the cans and bottles he had collected that morning. The maskless man looked bloated, exhausted, defeated — his skin grayish as he went through the motions of securing a few bucks. His eyes lacked any spark as he reached into one of the bags and pulled out an empty, crumpled liter-sized bottle of Coca-Cola.

My eyes happened to meet the man’s eyes just as he lifted the dirty bottle to his mouth. Without any hesitation, he wrapped his lips around the opening and blew air inside. The plastic bottle inflated to a somewhat normal size. (Apparently, the bottles need to be close to their original shape for the machine to accept them.) If I had not been wearing a mask, he would have recognized my wince. With so much of the world scrubbing any exposed inch of their epidermis in a futile attempt to feel safe, this poor soul had reached an entirely different state of mind. “Taste the feeling” indeed. 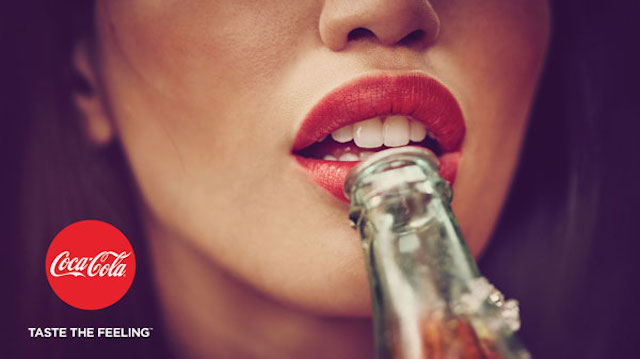 Here’s how the New York Department of Environmental Conservation explains the concept of redemption: “New York's Returnable Container Act requires at least a 5-cent deposit on carbonated soft drinks, beer and other malt beverages, mineral water, soda water, water, and wine cooler containers. A deposit is required on glass, metal, and plastic containers that hold less than one gallon or 3.78 liters.”

Unfortunately, due to poverty and the ongoing popularity of unhealthy items like soda, this is a common activity. Despite the widespread fear frenzy during the pandemic, the lines at the redemption machines have remained long. Concerns about the virus are easily outweighed by a desperate need for whatever income is available. The dull-eyed man blowing into a used, germ-ridden Coke bottle didn't seem worried about where that bottle might have been. Who touched it? What touched it? How many mouths had been on it?

I know from my work helping homeless women that there’s a point when you just let go of such conventions, such luxuries. One of my long-time regulars once ran a successful business on Manhattan’s Upper East Side. By the time I met her, she was unselfconsciously picking up and smoking discarded cigarette butts she’d find on the street. “Germophobia” is a privilege, I suppose.

Over the past decade or so, bottles and cans have become a form of currency in my neighborhood. Before the “lockdown,” I’d walk to a local gym before 6 A.M. At that time of day, it would often be just me and the can collectors alone on the streets (excluding a few stragglers still staggering home from clubs). You can hear the collectors long before you see them. They use supermarket shopping carts to transport their “currency” and the rattling sound is both loud and unmistakable.

Some locals see them as a nuisance. Others diligently leave their cans and bottles where the collectors can easily find and access them. Just the other day, I saw a woman run after a collector with a large bag of plastic bottles. It was such a sweet interaction, it brought me to tears — of joy and sorrow. Social media is filled with examples of such “positive news.” Don’t get me wrong, I get weepy at some of these stories, too. But it doesn’t change the fact that we aim our energy at cheering desperate individual acts of charity but rarely (if ever) point out the structural and institutional indifference that creates such desperation. Projects like mine should not be necessary within a nation as wealthy as this. But, in the Home of the Brave™, they are required and woefully insufficient. There are precious few safety nets. Our government and the corporations that own it are failures for everyone below the top few percent. 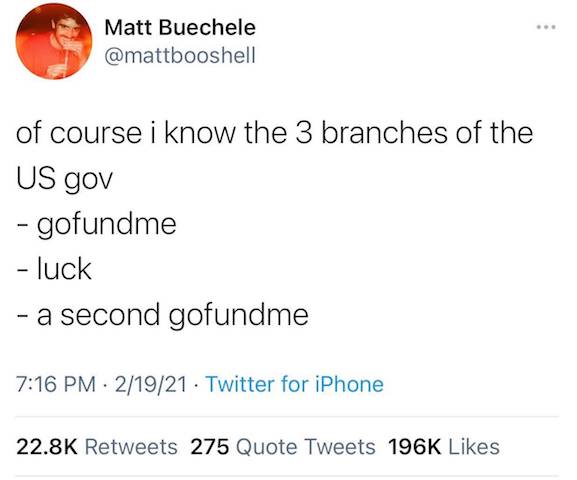 Speaking of failures: “Traditional recycling is the greatest example of modern-day greenwashing,” declares Ross Polk, an investigative journalist specializing in environmental issues. “Recycling is championed as the strategy to enable a cleaner, healthier world by those businesses that have profited the most from the extractive, take-make-waste economy. In reality, it is merely a cover to continue business as usual. Corporations espouse the efficacy of recycling via hollow ‘responsibility commitments’ in order to avoid examination of the broader negative consequences that their products and business models have wrought. Recycling is good for one thing, though — it helps us dodge the responsibility of our rampant and unsustainable consumption.”

Polk concludes: “After nearly 50 years of existence, recycling has proven to be an utter failure at staving off environmental and social catastrophe. It neither helps cool a warming planet nor averts ecosystem destruction and biodiversity loss.”

He could’ve added that recycling is neither a moral nor an effective way of helping poor people achieve any hint of financial security. The business of recycling is a facade. Any belief that redeeming cans and bottles will help individuals “get by” is equally as detestable and self-serving as the recycling scam itself. 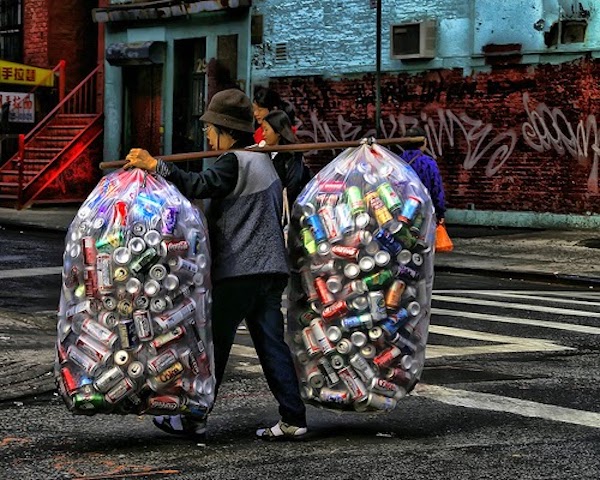 We’ve spent the past year fearing each other, dreading the very act of breathing itself. We’ve gone 12 months without seeing smiles, depriving loved ones of hugs, starving children of valuable and necessary non-verbal social input, and viciously turning on anyone who does not march in strict lockstep with our algorithm-induced views. Some might say the dull-eyed man at the redemption machine has sunk to a different level. In many ways and for many reasons, he certainly has. I might suggest that he’s also transcended some of what sadly passes for normal.

Trust me, this is not some misguided fantasy that the poverty-stricken have it “better.” It's not Mother Teresa despicably stating: “I think it is very beautiful for the poor to accept their lot. I think the world is being much helped by the suffering of the poor people." My supposition is merely a musing about letting go of the illusion of control and “order.” If only we could recycle the entire culture and start over.