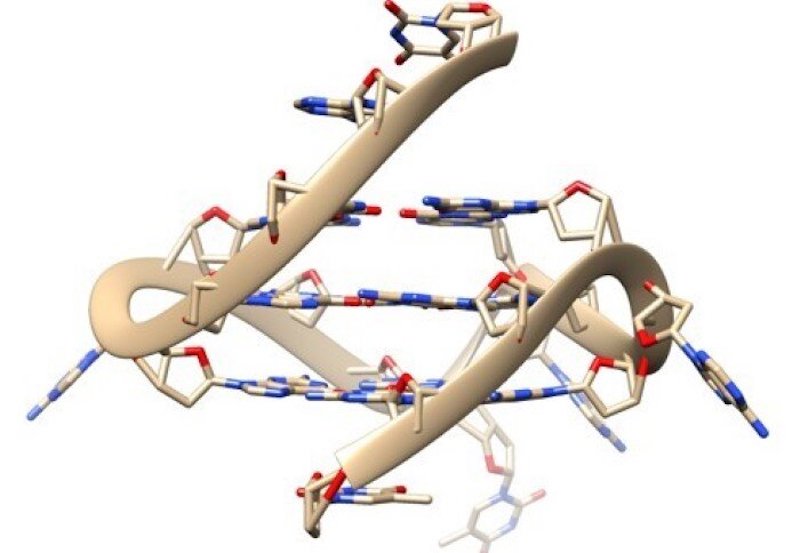 DNA usually forms the classic double helix shape of two strands wound around each other. While DNA can form some more exotic shapes in test tubes, few are seen in real living cells.

However, four-stranded DNA, known as G-quadruplex, has recently been seen forming naturally in human cells. Now, in new research published in Nature Communications, a team led by Imperial College London scientists have created new probes that can see how G-quadruplexes are interacting with other molecules inside living cells.

G-quadruplexes are found in higher concentrations in cancer cells, so are thought to play a role in the disease. The probes reveal how G-quadruplexes are "unwound" by certain proteins, and can also help identify molecules that bind to G-quadruplexes, leading to potential new drug targets that can disrupt their activity.