What I Learned at the Laundromat — Mickey Z. 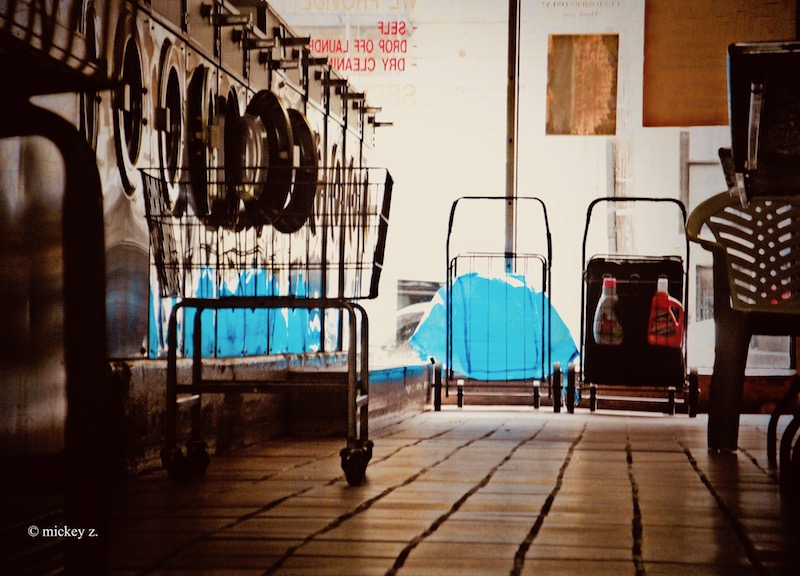 For more than eight years, I did my wash in the same laundromat. Called “Sparkle Plenty,” it was a relic. It first opened in 1973 and appeared as if the decor had never been altered (and rarely cleaned).

It’s changed hands a few times over the years but when I first encountered it in 2006, Sparkle Plenty was owned and operated by a Chinese couple who appeared to be in their mid-60s. She was almost always smiling and pleasant. He seemed lost in a perpetual scowl and heaven forbid you told him that one of his machines ate your quarters.

Despite his bellicose demeanor, I remained a customer while many others found a new place to clean their clothes (Astoria is teeming with laundromats). Why was I loyal? Firstly, it’s less than a block away. Also, the dryers ran so hot, I’d be done in no time. Lastly, I liked the size of the place compared to other laundries in my neighborhood. Sparkle Plenty appeared to have once been two stores. So, I made it my personal mission to not let the owner’s vexed energy bother me.

“Good morning,” I’d smile. It was always an effusive “please” and “thank you” when I needed change and I’d never leave without wishing him a good day. Since I often walked past Sparkle Plenty during the course of my day, I’d look in and wave to the couple. As much as it seemed to pain him, the man would usually wave back.

Eventually, however, I began to tire of his negative energy and considered joining the exodus from Sparkle Plenty. That’s precisely when I walked past and saw the large sign in Sparkle Plenty’s window, announcing it would close permanently in less than a month. My first reaction was relief — the decision was being made for me. I even decided to not wait till the place closed. That next Sunday morning, I’d get up and take advantage of the earlier opening time of a new laundromat about a block and a half away from my apartment. Good riddance!

When I packed my wash up and exited my apartment building on the appointed day, who should I see trudging past me but the owner of Sparkle Plenty? Cosmically, he was opening earlier than usual, earlier than I expected — that one particular Sunday.

He saw me holding a bag of wash, about to make a left instead of a right, and he seemed genuinely confused. Suddenly feeling guilty about “dumping” him, I quickly recovered and asked, “Are you still open?” He readily believed that I misread the sign, so I ditched my plan and walked beside him to Sparkle Plenty. 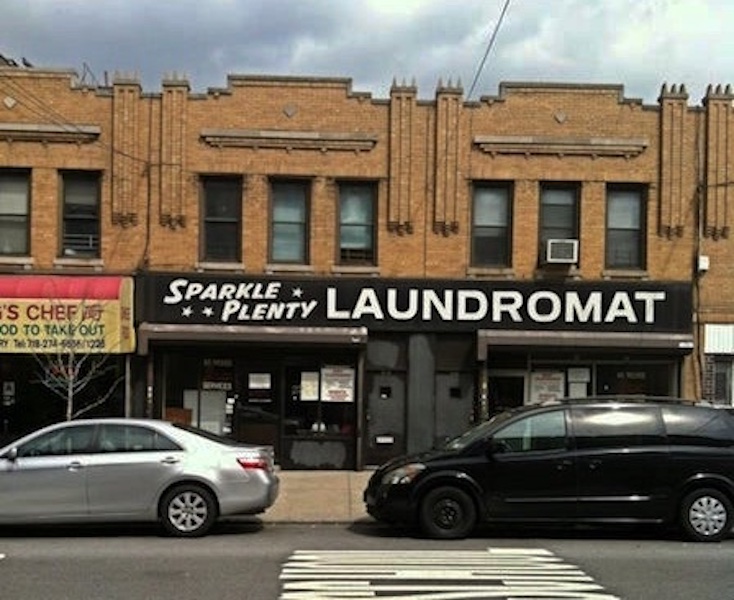 Being that he moves with a pronounced limp, it was a slow pace and gave us time to chat. And chat he did. In a matter of minutes, I learned that he owns a house nearby, I learned how much he paid for the laundromat when he bought it 16 years prior, and I learned the reason it was closing was basic capitalist logic [sic]: The lease has run out and the landlord was raising the rent by 33 percent. When it became clear that said landlord had no intention of negotiating, Sparkle Plenty’s days were numbered.

We entered the laundromat together and I asked: “How do you feel about closing this place?” He shrugged. “I’ll bet you’re done,” I added, and it was as if that statement finally lowered his defenses. “I’m done,” he echoed loudly. “I’ve had enough of the repairs and problems and the people trying to cheat me for a quarter. They tell me they’re paying my rent but I don’t make money off the machines. Do you know how much it costs to run these machines?”

“You must have a huge water bill,” I replied. “Two thousand a month!” he exclaimed. “I’m lucky if I break even with the machines. I make my money on the drop-offs but the people who do their wash here think I owe them something.” He was on a roll now and I wondered how many had ever dared have this conversation with him over the course of 16 years.

“I know people think I’m not nice,” he said with a tiny grin. “But it’s simple. You’re nice to me, I’m nice to you. If you don’t like me, why do you come here? There are plenty of laundries around.”

We talked for a bit more before he got to his work and I started my wash. I found him again later when I needed more quarters and asked if he’d take a vacation when the place closed. “I’d like to,” he said quietly. “Just a little trip.” When I encouraged him to do so, he chuckled and patted me on the back. 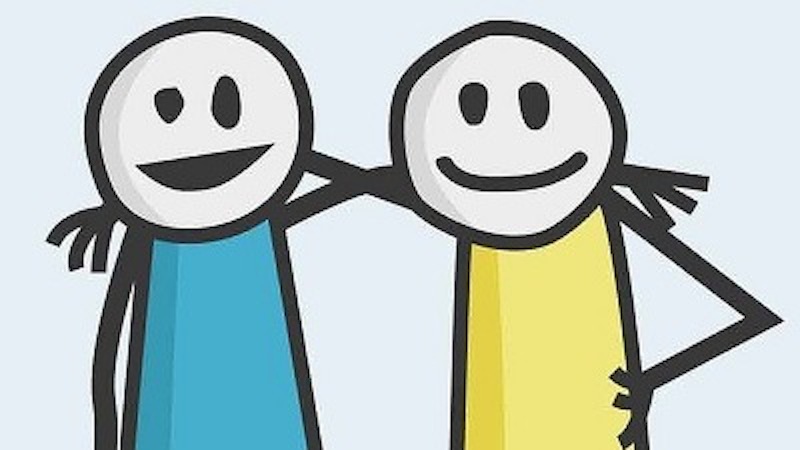 As I dried my clothes, I felt melancholy. I felt sad for this lost man who scowled far more than he smiled. I felt sad for a world in which profit and greed have displaced community. I felt sad for having waited eight years to break down the walls between myself and the laundry owner.

When I finished, I peeked into the other side of the laundromat. “Have a good day,” I called out. He looked up from where he was sitting, his face lit up with a smile. “I’ll see you next Sunday,” I explained, smiling back at him. “I’ll see you one more time before you close.”

This announcement caused him to laugh out loud and his facial expression gave me an idea of what he probably looked like as a child. It was the face of a boy, a boy who had just made a new friend.

I walked home wiping a few tears from my face.

Postscript: The following week, we chatted like old pals and when it came time to finish up, I extended my hand. “Good luck,” I told him. “I wish you all the best.” He clasped my hand with both of his hands, made direct eye contact, and replied: “Thank you, my friend.”